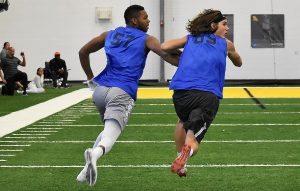 NCAA Division I target Ethan Swanegan (left) was among the many well-known names at the Blue-grey All-American Combine in St. Joseph (MO). (Photo courtesy of Underground Sports Network)

In a return to his old stomping grounds, it came as no surprise that NFL veteran Mark McMillian was welcomed with open arms at the Blue-Grey All-American Combine (Heartland Regional).

The nearly 10-year former pro, after all, spent some of his finals days on the gridiron with the Kansas City Chiefs and the workout was held at the team’s training facility in St. Joseph (MO).

Once there, and with all the well-wishes finished, it was time to get down to business and McMillian served as lead instructor to many of the top prospects from that part of the country.

What follows, naturally, is a closer look at several of the individuals who made an impact on the powers that be, namely McMillian, Missouri alum Trey Hobbs, along with the brand’s staff.

Brody Parker, QB, Blue Springs South (MO): The 6-foot-5 and 230-pound junior, with interest from the Big 12 Conference, is destined to play in the brand’s All-American Bowl.

Jayden Scott, QB, Concordia (NE): South Dakota State is apparently fan of the 6-4 and 215-pound junior. There’s been some dialogue in the past between him and Nebraska, as well.

Billy Maples, QB, Park Hill (MO): The 6-3 and 220-pound junior was contacted by Northern Iowa and South Dakota, and now, it will be interesting to see how the process plays out.

Phillip Brooks, RB, Lee’s Summit West (MO): The future is bright for the 5-9 and 165-pound junior who has talked with teams in the Big 10 Conference, as well as the Big 12 Conference.

Ivan Webb, RB, Schlage (KS): The 5-11 and 190-pound junior was spirited, talkative some might say. Still, he backed up the words. Northern Iowa and South Dakota are in the mix.

Bryce French, RB, St. Charles Lutheran (MO): Illinois State is in on the conversation for the 5-9 and 184-pound junior. Whether an offer materializes remains to be seen, however.

Triston Campbell, RB, Central (MO): The 6-2 and 220-pound junior is a load to bring down and has good hands. Seemingly close to a complete package, Air Force could be an option.

Reese Sila, RB, Shawnee Mission North (KS): The 5-11 and 210-pound junior caught the attention of the coaching staff with his footwork. So did Trystan Isley from Nickerson (KS).

Ethan Swanegan, WR, Blue Springs South (MO): Iowa and Kansas State have kept tabs on the 6-5 and 205-pound junior. His next stop is playing in the brand’s All-American Bowl.

Dominic Gicinto, WR, Raytown (MO): The 5-9 and 167-pound junior created quite a buzz during skills testing. No surprise, it was more of the same when the one-on-ones started.

Daniel Jackson, WR, Bishop Miege (MO): A year, or two, from now, perhaps sooner, the 6-foot and 175-pound freshman will be a name to remember. You heard it here first.

Blake Brown, WR, Blue Valley (KS): The 6-1 and 180-pound junior made memorable plays. Suppose that best explains why there’s been a decent amount of contact with Kansas.

Chris Hampson, WR, Liberty North (MO): Big and strong, no one was more physical than the 6-2 and 205-pound junior. Furthermore, he showed skills at linebacker, to boot.

Jordan Murray, TE, Lee’s Summit North (MO): Looking the part, and playing the part most times, the 6-4 and 210-pound junior commanded attention. From start to finish, no less.

Scott Valentas, DB, Kapaun Mt. Carmel (KS): No one in the secondary impressed McMillian more than 6-3 and 185-pound sophomore. He possesses plenty of upside, no doubt about it.

Adrian Davis, DB, Kickapoo (MO): The 5-10 and 160-pound junior was fast. Even better, he was fearless. Regardless of the opponent, maximum effort was given in this setting.

Mikhail Sands, DB, Prairie View (CO): The 5-8 and 140-pound junior was eager to prove himself, and when it mattered most, he delivered two interceptions during one-on-ones.

Tyrone Moore, DB, Washington (KS): A competitor, the 5-9 and 170-pound junior opened eyes, as did Marshaun Zachary from Raytown (MO) and Curt Gracey from Ozark (MO).

Gunner Todorovich, LB, Papillion La Vista South (NE): The 6-1 and 220-pound junior is no stranger to this kind of environment and turned heads for the second consectutive year.

Giovanni Franklin, LB, Liberty (MO): The 6-2 and 225-pound junior has a high ceiling, along with Collin Nichols from Tory-Buchanan (MO) and Brock Herrold from Ozark (MO).

Ben Becker, OL, Park Hill South (MO): Missouri and Kansas State are interested in the 6-4 and 280-pound junior. It’s only a matter of time before someone offers a scholarship.

Brendan Schlittler, OL, Eureka (MO): The 6-5 and 280-pound junior was a force to be reckon with down deep in the trenches. Illinois State seems to be well aware of that fact.

Brenden McClure, OL, North County (MO): Southern Illinois is one of many schools taking a long look at the 6-6 and 240-pound junior. Rightfully so after his effort here.

Joshua Davis, DL, Lee’s Summit North (MO): No one, or so it seemed, had an answer for the 6-3 and 207-pound junior. He was disruptive, safe to say, and won’t soon be forgotten.

Korbin Scott, DL, Smith-Cotton (MO): A potent one-two tandem, the 6-4 and 230-pound junior teamed up with William Anoai from Kickapoo (MO) to cause many problems. 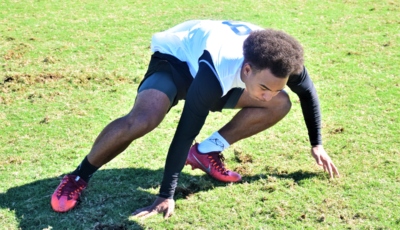 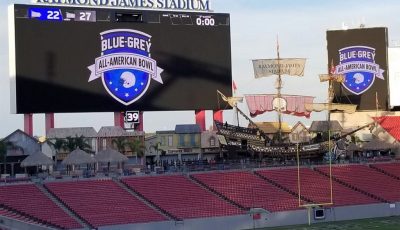 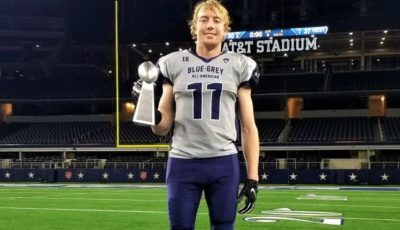