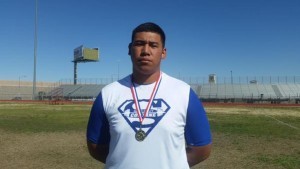 Samuel Poutasi recently did well against Nevada’s premier prospects and earned the award for Offensive MVP at the Blue-grey Regional Combine in Las Vegas.

Given it was our first trip to Las Vegas (Nev.) for a Blue-Grey Regional Combine, expectations were somewhat tempered before the recent visit to Sin City. When all was said and done, between the turnout and talent level across the board, the workout was a major success.

Based on the efforts, more than a few prospects figure to receive an invite to the upcoming Blue-Grey Super Combine, the final step before a possible selection to a pair of upcoming prestigious Blue-Grey All-American Bowls. That said, here’s an inside look at who’s who.

Randal Grimes, QB, Sierra Vista (NV): Down the road, the 6-5 and 200-pound sophomore could turn out to be the best of the bunch from this entire group. In the meantime though, he continues to develop at a rapid rate. Grimes is a name to remember, that’s the bottom line.

Devon Mueller, QB, Foothill (NV): The 6-foot and 165-pound junior was as steady as they come. He made just about every throw required by the coaching staff comprised of NFL veterans during the one-on-one session. Mueller opened plenty eyes along the way.

Rhamondre Stevenson, RB, Centennial (NV): With a well-rounded skill set, the 6-foot and 215-pound junior was without peer. In fact, he nearly walked away with the hardware as Offensive MVP. Worth nothing, schools in the Pac-12 Conference have contacted him.

Naim Geeslin, RB, Legacy (NV): The 5-10 and 200-pound junior had the fastest time in the 40-yard dash (in the 4.35 range) and the most reps in the bench press (42 at 185 pounds). Not surprising, he’s received recruiting interest from Boise State, among others.

Gavin Caci, WR, Coronado (NV): Don’t let his size, or lack thereof, fool you. The 5-9 and 155-pound junior refuses to let an often times perceived lack of stature stop him from getting the job done over the middle, along the sidelines, or vertical right down the field.

Nick Gregg, DL, Reed (NV): The 6-2 and 285-pound junior who is a Nevada commit managed to stand out in a crowd. Certainly not an easy task considering the collection of talented peers surrounding him throughout. In the end, Gregg was named Defensive MVP.

Greg Rogers, DL, Centennial (NV): Already one of the of the nation’s more recognizable names in the Class of 2017, he lived up to the hype. And then some. Florida State, Miami and UCLA are among the programs in pursuit of the 6-4 and 280-pound sophomore.

Anthony Smith, DL, Desert Pines (NV): The 6-4 and 250-pound junior appears to be a pass-rushing specialist off the edge. That was the case, anyway, once the action started. Nevada, San Diego State and UNLV have offered him. Other schools figure to follow suit.

Kendall Blakely, DL, Basic (NV): With a motor that does not stop, the 6-1 and 250-pound junior didn’t take a play off. Intensity is something that comes naturally to him, apparently. Colleges from all over the country, particularly the ACC, are interested in Blakely.

Samuel Poutasi, OL, Desert Pines (NV): The 6-4 and 295-pound junior was on top of his game against the top recruits that Nevada had to offer and was named Offensive MVP. Four scholarships are in place for him and that number will grow sooner rather than later.

Julio Garcia, OL, Bishop Gorman (NV): Seemingly everyone wanted a piece of the 6-3 and 190-pound junior who is a UNLV commit. Much to his credit, despite the wave of difficult tasks, he did not back down from any challenge. Garcia put in some serious work.

Ryan Scoggins, OL, Silverado (NV): The 6-3 and 335-pound sophomore is a bit raw. At this stage of the game, anyway. He does, however, have tools to work with. We’d be remiss without talking about the fact his father played in the NFL. The game is in his blood.

Bubba Bolden, DB, Bishop Gorman (NV): There was quite a buzz surrounding his appearance and the 6-3 and 175-pound sophomore didn’t disappoint. Despite only scratching the surface of his potential, he earned an award as Defensive MVP. Sky’s the limit for him.

Chauntez Thomas, LB, Palo Verde (NV): The 6-0 and 210-pound junior looked the part. And he played the part. His ability to turn heads makes complete sense considering that his father also played in the NFL. Signs point to the apple not falling far from the tree.

Tayjean Thomas, LB, Basic (NV): A workhorse who never gave an inch, the 6-2 and 220-pound junior provided a spark from start to finish. His energy was contagious. The overall consensus seemed to be that Thomas passed all of his tests with flying colors. 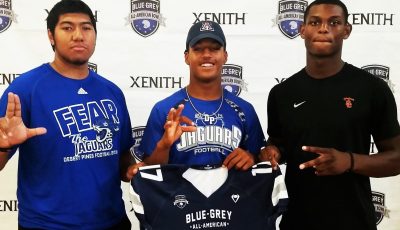 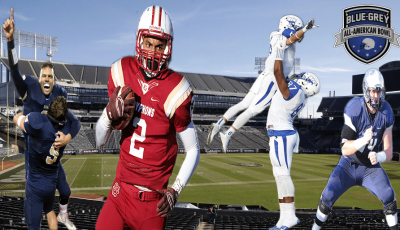 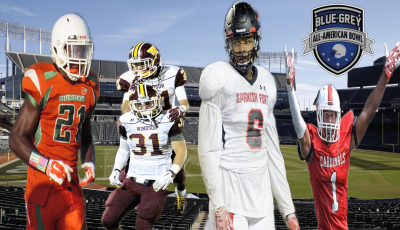