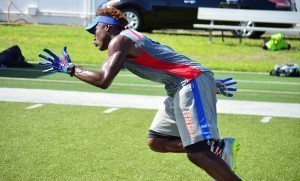 Florida commit Tyrek Tisdale is among the nation’s premier prospects and he certainly looked the part at this past weekend’s Blue-Grey Super Combine in the Sunshine State.

Year in, and year out, it’s like clockwork, the talent pool is deep when the Blue-Grey Super Combine makes its customary stop in Florida. This past weekend was no exception, naturally.

Plenty of high-profile prospects and more than a few under-the-radar type of recruits, alike, did their collective best to leave a lasting impression on the powers that be in Daytona Beach.

Mission accomplished as NFL veterans Ken Stills and Chuck Darby had nothing but good things to say about the individuals in attendance. That said, here’s a look at the best of the best.

David Mareno, QB, Rocky Bayou (FL): The 6-foot-1 and 205-pound senior-to-be was smart and took advantage of his opportunities. Schools from the Ivy League are currently interested in him.

Sam Dages, QB, IMG Academy (FL): No doubt about it, the 6-4 and 220-pound senior-to-be passed the eye test. Once he stepped out on the field, and given the program he plays for on the prep circuit, it’s no surprise that Dages did not disappoint.

Artavis Pierce, RB, Auburndale (FL): An Oregon State commit, the 5-11 and 190-pound senior-to-be was essentially in a class all his own, particularly when it came to his position. The Beavers should consider themselves lucky to have already landed him.

Darius Miller, ATH, St. Petersburg (FL): The 5-9 and 160-pound senior-to-be has been overlooked due to his size in the past. Each time, however, he’s proven the naysayers wrong. Nowadays, Iowa, Pitt and South Florida remain in constant contact.

Tyrek Tisdale, WR, Oak Ridge (FL): A Florida commit, the 6-1 and 200-pound senior-to-be proved to be unstoppable. More often than not, that is. With size, speed, and hands, there is no telling how good he can be. Sky’s indeed the limit for him.

Lionell Bost, WR, Wolfson (FL): A bit underrated before everything got started, the 6-foot and 165-pound senior-to-be showed that he belonged right away. There was little, or no, drop-off after that. The key in this environment was his consistency.

Michael Pinckney, LB, Raines (FL): A Miami commit, the 6-1 and 215-pound senior-to-be was on the roster. An unforeseen situation, however, forced him to miss the action. Selection to the Blue-Grey All-American Bowl remains a possibility.

Toron Morten, LB, Central (AL): The 6-1 and 230-pound senior-to-be possess a scholarship count that continues to mount. The total is passed the double-digit mark, in fact. Teams from the ACC and SEC could be next to jump on the bandwagon.

Brandon Williams, LB, Opp (AL): It’s only a matter of time before life on the recruiting scene starts to pick up for the 5-11 and 190-pound senior-to-be. Central Arkansas, Jacksonville State and Samford are colleges in the mix for the time being.

Sherrod Greene, LB, Rocky Mount (NC): The 6-1 and 214-pound junior-to-be did not perform as if he was one of the more inexperienced prospects this weekend. Instead he played with the poise of a varsity veteran. North Carolina State is one of his four offers.

Val Mayes, DB, Norland (FL): Better the competition, the better he played. Accordingly, the 6-1 and 175-pound senior-to-be didn’t back down from any challenge. Temple, Louisville and North Carolina State have scholarships in place for him.

Javrick Taylor, DB, Monarch (FL): The 5-11 and 160-pound senior-to-be could have gotten lost in the shuffle considering all of the big names surrounding him. He did not though. Taylor held his own. And then some. It was a well-rounded effort.

Andrew Boselli, OL, Episcopal (FL): A Florida State commit, the 6-4 and 305-pound senior-to-be made important plans to attend the workout. Unfortunately, he was not there. Still, Boselli remains on the radar for the Blue-Grey All-American Bowl.

Kobi Smith-Parrott, DL, Lincoln (NE): The 6-3 and 345-pound senior-to-be was a disruptive force in the middle at nose guard. So’Journ Gartrell from South Aiken (SC) also did well here, albeit from the outside, not inside like his counterpart.

Darrian Abney, DL Heritage (FL): Slightly smaller than his peers, the 6-1 and 203-pound senior-to-be was determined. Also, a switch to linebacker could be his calling. Deonta Tillman from Boaz (AL) did a good job from off the edge as well. 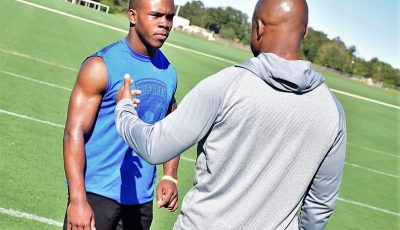 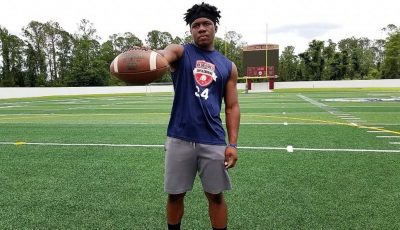 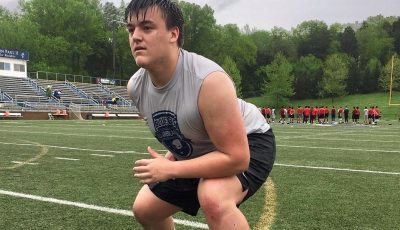