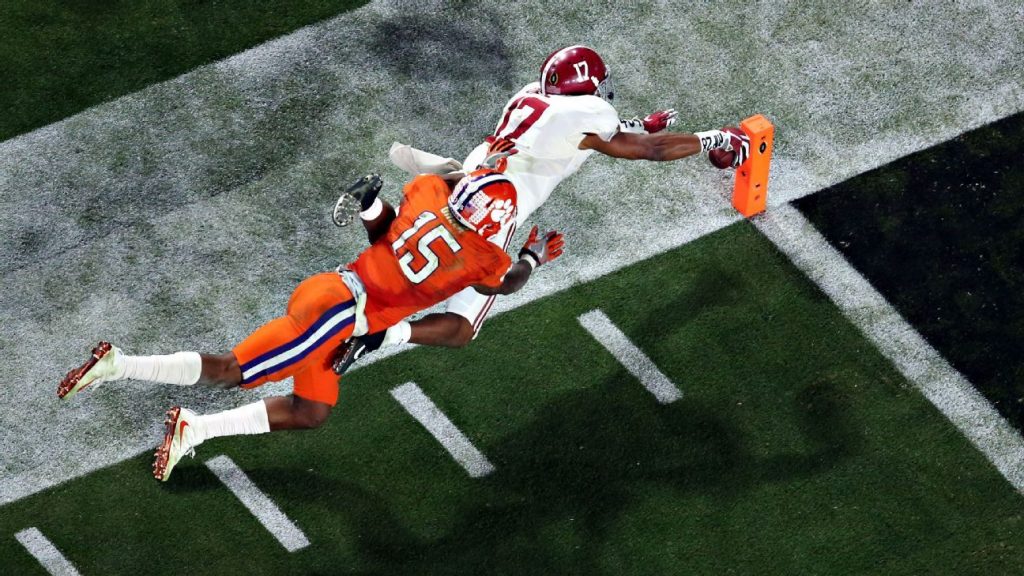 The newly-launched Red Zone Prospects Elite provides student-athletes with an all-important opportunity to receive a national star rating, also an evaluation, and thus exposure to colleges all over the country follows suit. (Photo courtesy of Associated Press)

It’s no secret, in recent years, Red Zone Prospects (LINK FOR SITE) has been nationally known as one of the better sources around for prep players to receive exposure. College coaches, after all, consider the site’s extensive database as a must-use recruiting tool.

More importantly, the brand is proud to announce the launch of profiles for Red Zone Prospects Elite, where student-athletes receive a star rating and an evaluation from the brand’s esteemed Selection Committee consisting of administrators and NFL veterans.

Based largely, though not solely, on efforts during the nationwide series of Blue-Grey All-American Combines, the invite-only process starts for many immediately thereafter. Once approved, individuals sign up for a profile on Red Zone Prospects Elite (LINK FOR PROCESS).

For whatever reason, whether it be due to a prior commitment or an unforeseen circumstance, those that didn’t have a chance to attend an All-American Combine can still be nominated, and thus, considered for a profile on Red Zone Prospects Elite (LINK FOR PROCESS).

Regardless of the route, the end game remains the same: Coaches and scouts from the NCAA Division I, II III level, also NAIA and Junior College, are capable of contacting players based on the details provided to them with a profile on Red Zone Prospects Elite.

When talking about the brand’s Selection Committee responsible for providing assistance with stars and evaluations, the one-time professionals include Mark McMillian, George Teague, Randall Cunningham, Mike Alstott, Troy Brown and Ricky Proehl, to name a few.

Before going any further, it might be best to acknowledge a common goal for those with a profile on Red Zone Prospects Elite, that’s to participate in the Blue-Grey All-American Bowl before their days are done on the prep circuit. It’s a crowning achievement before college.

Worth mentioning, numbers don’t lie, as in the recent past nearly 80 percent of individuals with a profile on Red Zone Prospects Elite have moved to the next level. That said, with a more clear path to college, the journey toward a scholarship continues for the selected few.

“As a coach for Blue-Grey Football, we see a ton of athletes at the All-American Combine and are happy to endorse them on Red Zone Prospects,” said NFL veteran Ken Stills.

“Working with Blue-Grey Football during the All-American Combine, we discover recruits and Red Zone Prospects helps to put them in college,” said NFL veteran Arlen Harris.

“Not everyone can play this game, but with Blue-Grey Football and Red Zone Prospects leading the way, a path is clear, start the journey,” said NFL veteran Earnest Graham.

“Red Zone Prospects is a goldmine, the place to find plenty of hidden gems who can come in right away and contribute for us,” said an NCAA Division II head coach.

“Why no one thought about this before is truly crazy, because with Red Zone Prospects, all the info is right at your fingertips,” said an NCAA Division III head coach.

“It’s impossible to visit every state, and every single high school in the nation, so we rely on Red Zone Prospects to help out our program,” said an NAIA head coach.