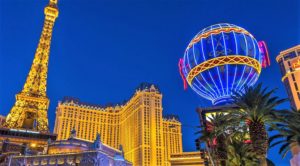 Often overlooked, for whatever unjustified reason, the collection of talent at the Blue-Grey All-American Combine (Las Vegas Regional) was determined to prove the naysayers wrong.

Mission accomplished too, by most standards anyway. In fact, several individuals in attendance at the workout were able to deliver a handful of particularly memorable highlights.

After a couple of conversations with NFL veteran Mark McMillian and NFL veteran trainer Reggie Young, here’s a list of prospects that impressed the aforementioned pair of instructors.

Darius Williams, RB, Arbor View (NV): Fast and physical, the 5-9 and 195-pound junior did a little bit of everything in this environment. Most of it well, worth mentioning.

Jay Curtis, RB, Las Vegas (NV): The 5-10 and 185-pound junior turned some heads. Same thing can be said about his counterpart De’Vann Underwood from Mojave (NV).

Damani Wilks, WR, Del Sol (NV): No stranger to the setting, the 6-1 and 161-pound junior has talked with teams in Big Sky Conference. An offer could soon materialize.

Elijaah Bryant, WR, Foothill (NV): The 5-10 and 170-pound junior opened up the eyes of most on hand. Trey Davis from Boulder City (NV) fell in the same category.

Daniel Mitchell, WR, Arbor View (NV): Explosive, also smart with a good understanding of when to go all out, the 5-10 and 180-pound junior left a lasting impression.

Rashod Tanner, DB, Moanalua (HI): Seemingly a good fit with a team in the Mountain West Conference, no one was more athletic as the 5-9 and 150-pound junior.

Bryan Juarez, LB, Del Sol (NV): The lines of communication are open with several schools, yet Southern Utah could be the landing spot for the 6-2 and 182-pound junior.

Brandon Powers, LB, Silverado (NV): Capable of covering backs and tight ends, the 5-11 and 195-pound junior proved to be versatile. Nothing wrong with that fact.

Anthony Perna, OL, Faith Lutheran (NV): Big and tough, somewhat surprisingly agile and athletic, the 6-6 and 265-pound sophomore was truly a force to be reckon with.

Kawika Tagupa, OL, Silverado (NV): Young, and largely inexperienced on paper, the 6-4 and 306-pound sophomore has tools to work with. You heard it here first.

Riley Danielson, OL, Coronado (NV): With a compact build, and getting stronger by the day, the 6-2 and 335-pound junior seems to be heading in the right direction.

Thomas Lane, DL, Centennial (NV): The 6-4 and 238-pound junior has been in contact with programs from the Big Sky Conference and Idaho State has the early lead.

Mana Kula, DL, Herriman (UT): Determined to prove he belonged on the big stage, the 6-2 and 245-pound junior earned the respect of everyone, mostly his peers.

Keaun Jackson, DL, Centennial (NV): The 6-2 and 282-pound senior has been in contact with a number of different teams and playing at the next level is a certainty.