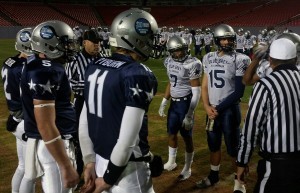 Will Pyburn took advantage of his opportunity as the starting quarterback for the North during the recent Blue-Grey All-American Bowl at Raymond James Stadium.

Similar to year’s past, several well-known recruits in the Class of 2015 were in action at the most recent Blue-Grey All-American Bowl located at Raymond James Stadium, a 39-14 victory for the South over the North at the home of the Tampa Bay Buccaneers.

Most, if not all of the high-profile national prospects, lived up to the advanced billing. The chance to do so, after all, was the last time to receive exposure on one of the biggest stages around before moving on to play college ball at the NCAA Division I level.

Equally important, a handful of hidden gem type of players did well in the spotlight. Most of those in the aforementioned group earned a spot in the game after good efforts during a series of Blue-Grey Regional Combines or subsequent Super Combines.

Once everyone arrived in the Sunshine State, they had a once-in-a-lifetime opportunity to work with a staff of one-time NFL players turned coaches for the Blue-Grey All-American Bowl. The North, in fact, was led by Arlen Harris, formerly of the St. Louis Rams.

What follows next is a much closer look at some of the players who participated in the Blue-Grey All-American Bowl for the North and a scouting report on several individuals who managed to leave a lasting impression. So, it’s time to get down to business.

Will Pyburn, QB, La Salle (CA): Perhaps no one increased his stock more in the eyes of college scouts than the 6-foot-5 and 200-pound lefhander. With interest from several schools at the NCAA Division I level, the offers figure to now follow suit.

NFL Veteran Evaluation: “Pyburn has the physical gifts and mental capacity to control any offense on the college level. His ability to lead on and off the field was shown throughout He impressed with his field generalship and ability to think on his feet. Definitely, he is a diamond in the rough that should be picked up,” said brothers Arlen and Aaron Harris.

Clayton Oliver, QB, Colleyville Heritage (TX): The 6-2 and 190-pounder has a scholarship in place from South Florida and the offer is indeed worthy after watching him deal to Arizona commit Darick Holmes Jr. and Delaware commit Vinny Papale.

NFL Veteran Evaluation: “Oliver showed that he has the proper mechanics to play the quarterback spot at the next level. His ability to read defenses and his confidence in the pocket stood out to us. With a little more experience and tutelage at the position he will, without a doubt, be a true leader once he gets to college,” said brothers Arlen and Aaron Harris.

Skylor Clinton, QB, Prescott (AZ): As versatile as they come, the 6-3 and 210-pounder did a little bit of everything and most of it extremely well. A capable signal-caller, his true calling could be at tight end or on the defensive side of the ball.

NFL Veteran Evaluation: “Clinton is a jack-of-all trades. His development at one position will increase exponentially at the next level. He is tough and is a competitor,” said brothers Arlen and Aaron Harris.

Dominic Struckhoff, RB, St. Francis Borgia (MO): The 6-1 and 210-pounder proved to be a reliable presence with the ball in his hands on short-yardage plays. He also delivered when asked to block for Towson commit Shane Simpson.

NFL Veteran Evaluation: “Struckhoff a downhill runner with a low center of gravity. He understands how to keep his legs moving on contact and has good vision,” said brothers Arlen and Aaron Harris.

Roman Andrews, RB, Gross Catholic (NE): Again, similar to many times in the recent past, the 5-6 and 180-pounder quieted the skeptics who have balked at his size with determined running. Worth noting, he made plays in the passing game.

NFL Veteran Evaluation: “Andrews packs a punch in a small package. Running in between the tackles helps his perimeter explosiveness. He is a threat to defenses,” said brothers Arlen and Aaron Harris.

Ardell Brown, WR, Bishop Kearney (NY): Against some stiff competition from the secondary of the South, the 5-10 and 160-pounder took advantage of his opportunities and even scored on a 17-yard pass from Pyburn in the third quarter.

NFL Veteran Evaluation: “Brown can get it done. His hips and feet allowed him to, not only get in and out of breaks quickly, but his hands are also strong and sure,” said brothers Arlen and Aaron Harris

NFL Veteran Evaluation: “Colleges have not pulled the trigger on an offer because of Dry’s size. Don’t be fooled though. What he lacks in that department, Clayton makes for with technique and a nasty streak that you want from a lineman,” McMillian said.

Zakk Ryherd, OL, Menno (SD): Low to the ground and compact, also blessed with a high football IQ, the 6-foot and 250-pounder opened up plenty of eyes. We would not be surprised to see him emerge as reliable option as a collegiate long-snapper.

NFL Veteran Evaluation: “Ryherd has the potential to play after high school. I’d like to see him work on his long-snapping and that would make him a much more value commodity,” said Blue-Grey Football Director and former NFL agent Gus Bell.

Fyn Anderson, DL, Lincoln Southeast (NE): The 6-3 and 276-pounder gave the opposing defensive coordinator something to think about from start to finish. One-on-one, or double-teamed, he still found a way to create havoc in the backfield.

NFL Veteran Evaluation: “Anderson understands hand placement so he really uses his upper body well to defeat the opposing blocker. He also understands angles of pursuit to chase down the runners who are trying to elude him,” Teague said.

Malik Thompson, LB, Burke (NE): Despite the presence of Maryland commit Brett Zanotto and Kent State commit Nick Faulkner on the same unit, the 5-10 and 190-pounder managed to make his mark and impress many in attendance.

NFL Veteran Evaluation: “Thompson is a very physical player who seems to thrives inside of the box. He understands coverage concepts and is very vocal with signal-calling. He is a sure-tackler and made some big plays,” Teague said

Jared Brugmann, LB, Gretna (NE): The 6-2 and 230-pounder looked the part. And played the part. He received rave reviews during a pair of practices, and perhaps more importantly, did not shy away from things when game started.

NFL Veteran Evaluation: “I’ll tell you what, I’d go to war with Brugmann. He did everything we asked him to do. Even the stuff we didn’t talk about. He’s a ballplayer. I liked him. I see him doing some special things,” McCauley said.

Deante Fortenberry, DB, Pittsburg (CA): The 5-11 and 185-pounder held his own against some of the country’s more high-profile recruits. His one-on-one battles with West Virginia pledge Tavares Martin will be talked about for a while.

NFL Veteran Evaluation: “Fortenberry was as good as advertised, I didn’t think they would throw to his side of the field, and he did not give up a pass all game. He’s a shutdown type of corner who is always eager to get better,” McMillian said.

Kory Wilson, DB, Liberty (AZ): Matched up with well-known national commodities and soon-to-be college commits Markeyvious Adams and Kelvin McKnight, the 6-1 and 170-pounder did not back down from any of the challenges.

NFL Veteran Evaluation: “Wilson has the perfect size for a bigger Division I corner, with great length and range. Some guys tend to freeze up when the ball is in the air, not him. Had three break-ups in a row. I like his game,” McMillian said.

JoJo Henderson, DB, Olympus (UT): The 6-2 and 185-pounder played every position in secondary but might be an ideal fit out on the edge. Regardless, his flexibility on defense figures to attract more and more programs from the college ranks.

NFL Veteran Evaluation: “With more coaching, Henderson could be a top level corner. He already has good size and range. All the tools are there. Now, it’s up to him, and his college coach, to see how far he can take things,” McMillian said.

Voshon McCray, DB, Ewing (NJ): The 5-9 and 185-pounder proved the naysayers wrong and came away with an interception to silence the skeptics. Narquise Benton, Brandon Pierce, Hunter Young, Sam Westby and Kyle Carroll also did well.

NFL Veteran Evaluation: “McCray can run, he’s very athletic, I’ll give him that. He made a great pick too and that play gave us needed momentum at the time in the game. He showed a glimpse of his ability,” McMillian said. 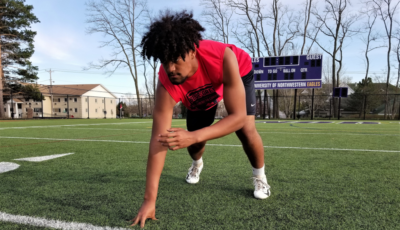 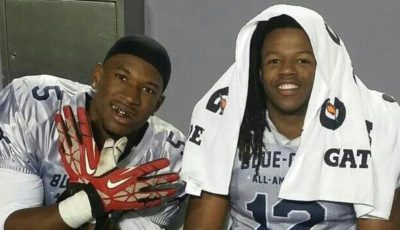 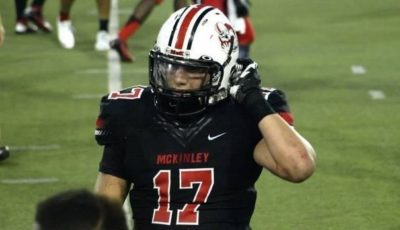